﻿ How to bring "AI" to Power BI | CloudFronts

How to bring “AI” to Power BI

Posted On November 28, 2019 by Shrusti Talati Posted in

The Key Influencers tab runs a LOGISTIC REGRESSION to analyze your data and identify the main factors that influence a specific metric or condition.

The customers of a company are using a particular cloud service. The Product Manager of that company wants to conduct a survey and analyze factors (Key Influencers) that drive the customers to provide a negative feedback i.e low rating after using the cloud service. The Top Influencers are:-

Second most influencing factor is Theme is usability which means the most negative reviews are provided for Usability. 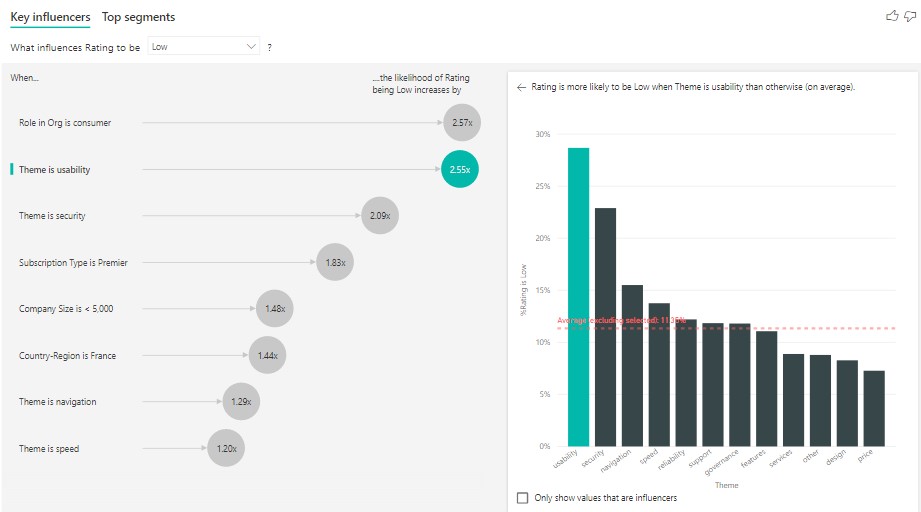 All the Key Influencers tab gives us two panes of visuals. For example, on the left-hand pane you have an infographic of the key influencers themselves, ranked based on their relative impact on the condition being analyzed

And the right-hand pane will display a chart containing the values of that attribute, along with the average percentage that value matches the condition.

All these factors change continuously depending on the parameters.For example if we add a slicer of company size, the top influencers will change- On the Top Segments tab, you will see how groupings of key influencers affect the selected condition.  The segments are ranked based on the percentage of records where the condition is met. The size of each segment bubble represents how many records (population count) are in the segment. 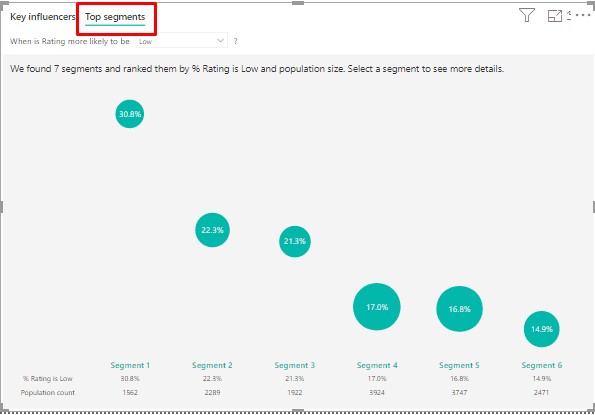 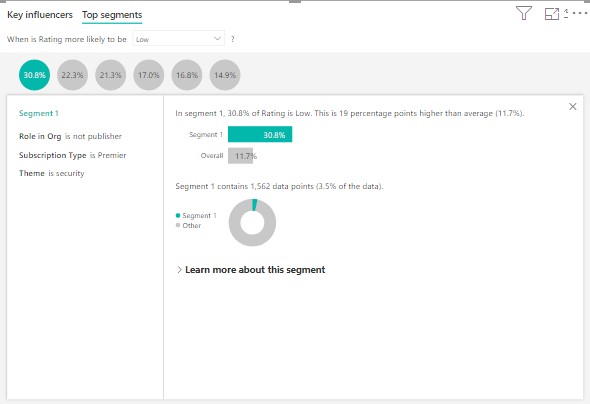 The key influencers visual has some limitations:

Hope this is helpful!

For more such posts visit- https://www.cloudfronts.com/why-you-should-migrate-from-excel-to-power-bi-for-reporting/