“Of the gladdest moments in human life, methinks, is the departure upon a distant journey into unknown lands. Shaking off with one mighty effort the fetters of Habit, the leaden weight of Routine, the cloak of many Cares, and the slavery of Home, man feels once more happy.”

It was a mesmerising 15 days trip to Ladakh. All thanks to my office guys who cooperated during my 2 weeks absence during the trip.

Trip started from Mumbai to Indore from where Myself and my friend Devang went via Bus.

There were 8 bikes and 10 riders (2 pillions) from Indore and Mumbai. We loaded the bikes in Train from Indore until Jammu.

Trip ride started from Jammu. We off loaded the bikes from Train in Jammu and drove to Katra below Vaishnodevi Yatra starting point. 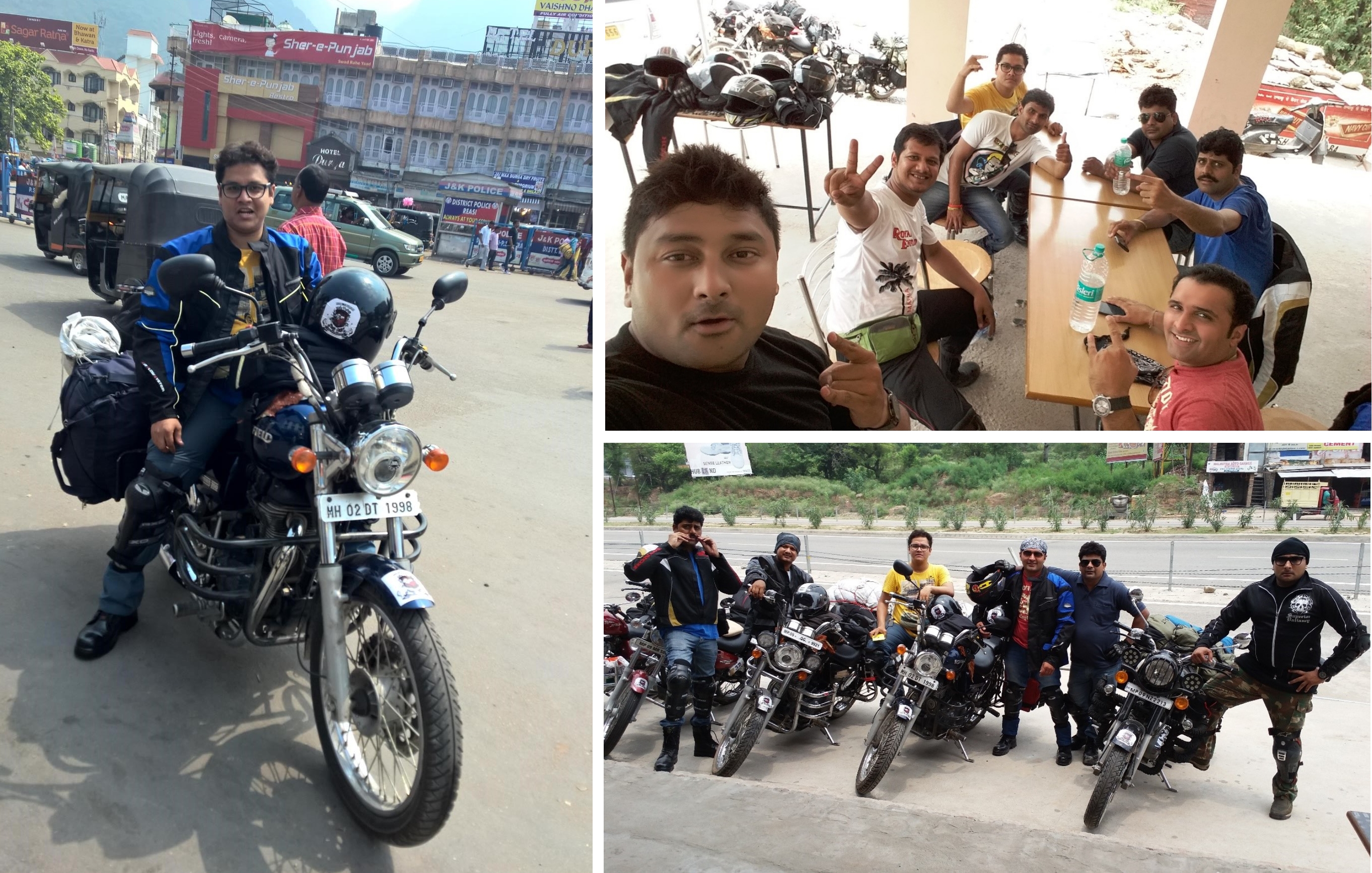 In Kargil we had to cross a toughest pass Zojila Pass. This is the place where the Kargil war was fought. It is one of the toughest pass to cross during your trip, but, at the same time if you love extreme adventure this is the best place to ride your machines on.

After successfully crossing Zojila pass we moved next to Nubra Valley. Before we reached Nubra Valley, we reached Leh and started our ride for the highest motorable pass, Khardungla Pass.

There is extreme scarcity of oxygen there and the bike literally on the full throttle barely moves.

There is heavy security from Indian Military over there as Pakistan border is merely 40 meters high and intrusion is very easy from there.

We had worn military tracks, because of which we got a tough one from Military guys as they said you can be shot at any point?. But, we were safe. All respect to our Indian Military guys who serve us under such extreme conditions.

We then moved to KTOP, from where we moved to Pangong Lake. Yes, this is the place where the climax of movie 3 Idiots was shot. 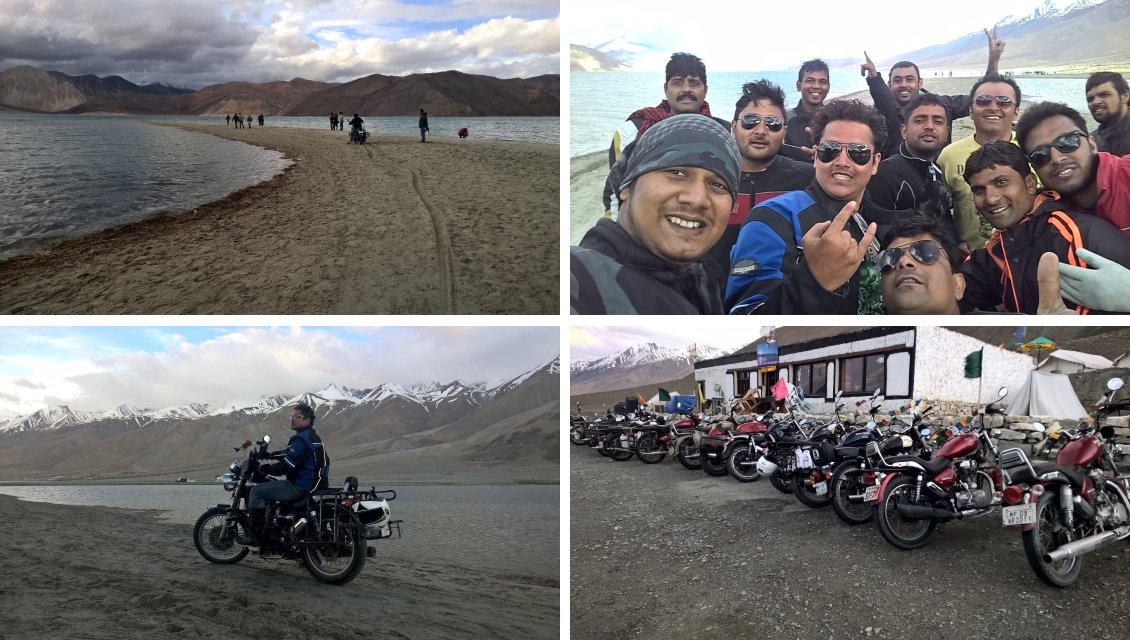 But, when we left from KTOP to Pangong, we got stuck where wanted to do a river crossing and the flow of the river kept increasing.

We tried every possible way to cross the river, but, they all went unsuccessful.

Along with our 8 bikes was a colonel from the military who was also stuck because of the river crossing and as soon as the military guys came to knew that he is stuck, there were lines of JCB, military trucks and soldiers to rescue him. Lucky we, because the colonel first got our bikes onto the other side of the river one by one in JCB and then his Gypsy was brought this side of the river.

Salute to the real heroes again!

We then crossed 3 passes, Tsomoriri, Pang and Tanglangla where there were virgin mountains amidst serene beauty and just us riding on and on. We then reached to again a tough pass, Sarchu pass followed by Jispa, Keylong.

After Keylong we were extremely tired and though of taking a halt in Keylong village from where I could actually view Rohtank Pass from the window of my hotel and a river passing by below. The site was mesmerizing and even after driving around 350 km’s I could feel fresh in that atmosphere.

After a good night halt, we had our breakfast and then headed towards Manali. We had to cross Rohtank for that purpose.

Rohtank has an history of been dicey in terms of remaining open all the times. But, we took a chance and started off. Luckily, the weather supported us and we could cross Rohtank and reach Manali Town. Again, we took a night halt in Manali and headed towards Chandigarh, where my trip was supposed to end. We took a night halt there. Next morning myself and my friend from Mumbai went to railway station, got the bike packed and parcelled it to Mumbai and the remaining 7 bikes headed to Indore where we finally departed from the gang and called off the journey.

We then took the flight back to Mumbai and yes, completed the most adventurous journey of my life.

Why CloudFronts? CloudFronts values work, respects and nurtures talent. We are driven by values, commitment, innovation and trust. ‘Respect for all’, diversification, rewards and recognitions, and fun at work are some factors that stimulate CloudFronts employees to push beyond their limits.