Posted On April 9, 2019 by Olister Rumao Posted in
Introduction:
While I was testing InterCompany Setup, I faced an issue probably a limitation of the CRONUS standard license which comes with standard NAV/ BC On-Premise installations.
Whenever I created new multiple Companies in NAV, I got an error ‘Your program License doesn’t permit support maximum N non-demonstration companies‘. 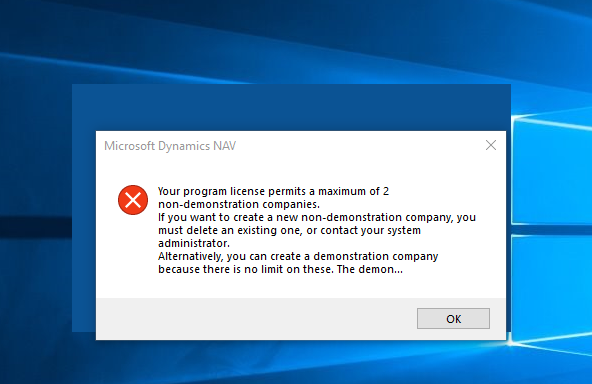 Solution:
I faced this error when I restarted NAV Client after creating a non-evaluation company. Thus, I cannot remove the company from front-end. I tried using Microsoft Documentation and found that it was actually possible (YAY!! 😁). Refer https://docs.microsoft.com/en-us/dynamics-nav/how-to–delete-companies.
Instead, it kept ruining things more. The Server Instance would stop without any errors and NAV Windows Client would infinitely work trying to connect to the workspace.
Finally, I found that using Windows Powershell with NAV Management module where it was possible to delete the Company from the back-end.

NOTE:
1. The database shouldn’t be in Single user mode.
2. The NAV Server Instance should be in RUNNING state. 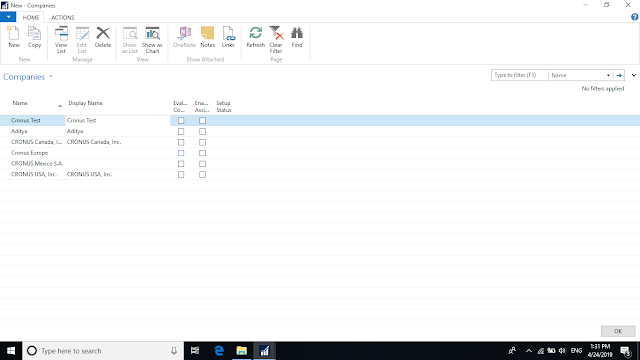 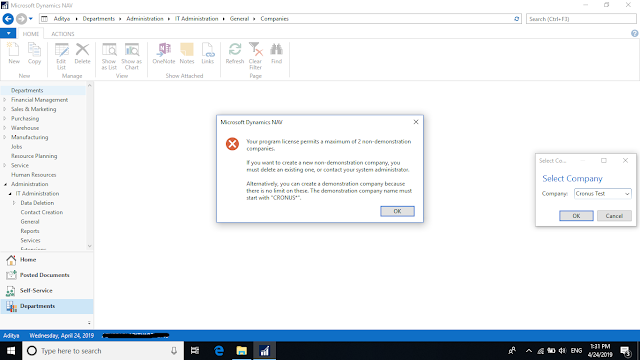 Changing to the new Company!

Importing the NAVAdmin Powershell module which comes in the package when you install NAV/ BC On-Premise. 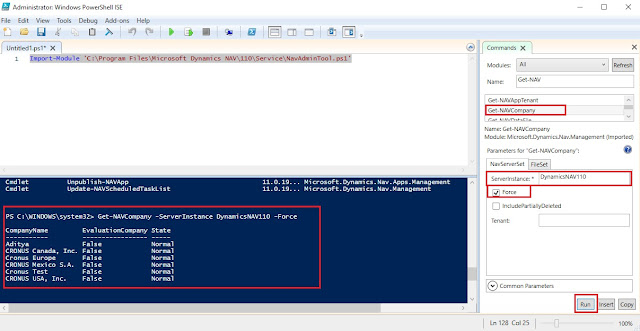 Removing the Company for a particular NAV Server instance 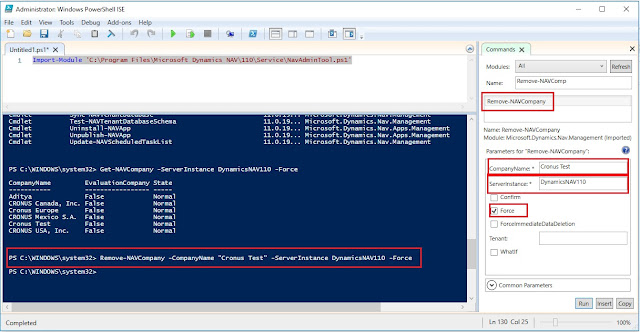 Conclusion:
I tried going into single user mode to delete the company from NAV Windows Client but it didn’t work